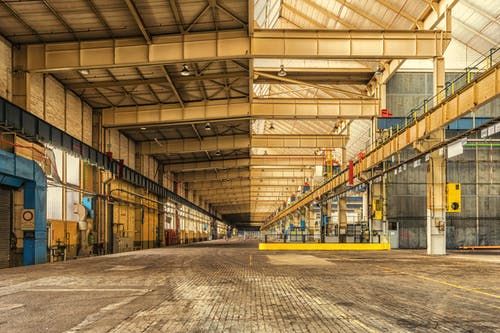 The American Society of Civil Engineers established detailed guidelines that can improve a structure’s stability, mitigate the effects of earthquakes, reduce vibrations and optimize each structure’s design. Since 1994, the organization’s experts have recommended the same coefficients, yet in 2018, the specialists altered various site coefficients that could affect innumerable calculations, many types of designs and other guidelines.

When the engineers created the new version of the ASCE 7-16, the experts modified the instructions that are related to the lowest site class. The new guidelines suggested that engineers should complete a seismic hazard analysis before the experts customize a structure’s design. In contrast, the engineers offer stable site coefficients that are associated with the other categories. When experts evaluate an area’s site class, the engineers could inspect the sediment, the underlying rock and the area’s soil, and ideally, the specialists can examine sediment at a depth of 100 feet.

By modifying the ASCE 7-16, the experts have confused many engineers who are searching for clear-cut guidelines. Once the specialists completed the modifications, some civil engineers suggested that the modifications were inadequate because the organization had removed numerous site coefficients.

According to the new version of the ASCE 7-16, engineers might not complete a seismic hazard analysis if they create a design that improves seismic base isolation, which can reduce the effects of earthquakes. When engineers customize designs that require seismic base isolation, the structure’s main foundation will not be connected to the higher floors. If an earthquake occurs, the foundation could vibrate; however, the elevated structure should minimize the effects of vibrations.

Once engineers design a structure that features a damping system, the guide suggested that a seismic hazard analysis might be unnecessary. Generally, this design can reduce oscillations that could be caused by major earthquakes, and the structure will minimize the effect of kinetic energy that is associated with earthquakes.

If engineers do not complete a seismic hazard analysis, the experts can conduct tests that measure the equivalent static force, and these evaluations could examine lateral force, a foundation’s durability and designs that may reduce vibrations. Once specialists complete this test, the engineers can evaluate each structure’s tensile strength, the effects of oscillations and designs that could distribute kinetic energy.

When the organization altered the guidelines, the engineers actually removed metrics that would allow engineers to complete tests that measure the equivalent static force. In order to ameliorate the new guidelines, the organization released an updated version that features the old coefficients; however, the instructions suggest that these coefficients can only help engineers to examine the transition period of an earthquake. Consequently, the experts could measure accelerating oscillations and decelerating oscillations, but the specialists may not use the coefficients when they conduct a seismic hazard analysis.

Evaluating the Benefits of the Guidelines

These modifications can allow structures to withstand major earthquakes, and if experts follow the guidelines, engineers may improve the stability of each structure, enhance the reinforced walls, strengthen the large foundations and select efficient materials. When an earthquake occurs, the experts could also study the long-term effects, numerous types of vibrations and designs that can optimize stability.

Understanding Various Factors That Could Affect a Structure’s Stability

Once engineers review the updated guidelines, the specialists may complete tests that can examine each structure’s seismic load, the base shear and the effects of various axial loads. After experts conduct these tests, the engineers can optimize a structure’s foundation, reduce the effects of a concentric load and evaluate each earthquake’s seismic response coefficient.